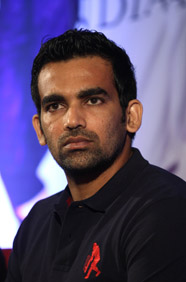 Zaheer Khan has spearheaded the Indian pace attack for over a decade. While he's lost some of his pace, his high jump and seam control mean he is a threat in all conditions. He has taken almost 300 wickets in both Tests and One-Day Internationals. However, the year gone by was not his best: He took just 24 wickets in 17 Test and ODIs and India's over-reliance on him was cruelly exposed by Australia and England. A $900,000 move to the Royal Challengers Bangalore in 2011 augmented his earnings and he finished IPL 5 as the team's second highest wicket-taker with 17 scalps.