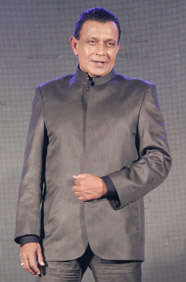 A great dancer, known best for his 1982 cult film Disco Dancer, Chakraborty helped conceptualise the reality dance show Dance India Dance (DID) on Zee TV after the huge success of his Dance Bangla Dance for Bengali TV. Today he is the creative head judge of DID, which is now in its third season. He owns several hotels in Ooty, Madurai and Siliguri, and was once the second highest paid star after Amitabh Bachchan. He is still a sought after actor and was seen in Housefull 2 and OMG: Oh My God in 2012, and has four releases in 2013.
Fast Facts : Chakraborty was assistant to legendary dancer Helen. Before taking up acting, he was part of the Naxalbari movement.