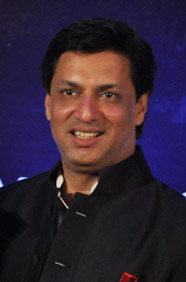 From Tabu in Chandni Bar, to Konkona Sen Sharma in Page 3, Bipasha Basu in Corporate and Priyanka Chopra in Fashion, Bhandarkar has consistently delivered strong women-centric films. He started out as Ram Gopal Verma's assistant in Rangeela and Satya, and is a winner of multiple National Film Awards. But his latest film Heroine, starring Kareena Kapoor, was dismissed by some critics as a rehash of his earlier work on the film and fashion world.
Fast Facts : Before joining the film industry, he worked in a video cassette library in Mumbai and studied filmmaking through his access to the large collection of movies there.