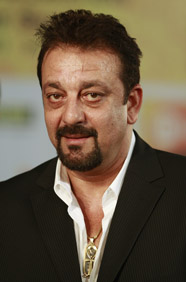 In 2012, Dutt appeared in four films: Agneepath (one of the highest grossing Bollywood films of all times), Department (mixed reception), Son of Sardaar and the superhit Dabangg 2. He has five releases slated in 2013. Last year, he also teamed up with Raj Kundra to launch Super Fight League, India's first professionally organised mixed martial arts league.
Fast Facts : Shah Rukh Khan was the original choice for playing the role of Munnabhai, but he had to opt out because of problems with his back. Vivek Oberoi was also considered for the role before Dutt.