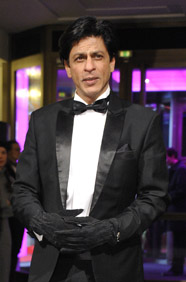 It has been a fabulous year for SRK. The world's biggest movie star (according to the Los Angeles Times in 2011) had two movies in our time period: Don 2 and Ra.One; both did good business at the box office. With a long list of 23 endorsements, brand SRK had a successful year. His beleaguered Indian Premier League cricket team, Kolkata Knight Riders, won the competition.
Fast Facts : In 2011, he was awarded Unesco's Pyramide con Marni award for his charity work. He is on the board of Make a Wish Foundation.