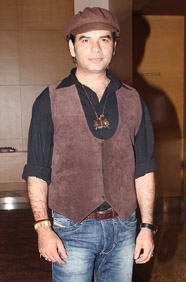 Chauhan has come a long way from his Silk Route (band which he formed in 1996) days to become one of the leading voices of the film industry. Though he sang for AR Rahman in Rang De Basanti (the track 'Khoon Chala'), the hugely popular 'Tum Se Hi' from Jab We Met catapulted him to the mainstream in 2007. He won the Filmfare Award for his song 'Masakkali'. Chauhan was the voice of Ranbir Kapoor in Rockstar, receiving particular praise for 'Jo Bhi Main' and 'Sadda Haq'.
Fast Facts : Besides being a singer and songwriter, the multi-talented Chauhan also plays the harmonica, flute, guitar and saxophone.