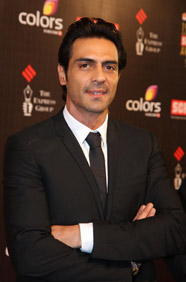 After his acting debut in 2001, he had to wait for five years for Don - The Chase Begins to taste success. However, it was only after Om Shanti Om (2007) and Rock On!! (2008), that Rampal broke into the big league. In 2012, his releases tanked at the box office: Heroine, Chakravyuh and Ajab Gazabb Love. This year, however, seems packed for him, with seven slated releases. In 2012, he launched Lost Festival, a music festival.
Fast Facts : Rampal was first spotted in a nightclub by fashion designer Rohit Bal.