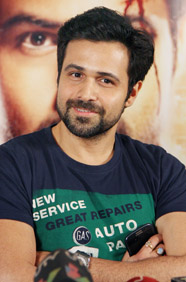 Four of his films released in 2012: Jannat 2, Raaz (3D), Shanghai and Rush. Barring the last, all were hugely successful, considering the budgets on which they were made. Hashmi established his commercial value in 2012. He has his hands full with Ghanchakkar, Ek Thi Daayan and Unglee, all scheduled to release in 2013. He is set to feature in Oscar-winning director Danis Tanovic's next film, a collaboration of multiple production houses.
Fast Facts : One endorsement that made a huge difference was a whopper deal by an automobile battery company. This was reported to be on a par with what Salman Khan was offered by a rival brand.