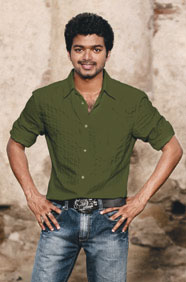 After a string of flops a few years ago, Vijay made a comeback starting 2011 with hit films such as Kaavalan, a remake of Malayalam film Bodyguard; Velayutham, a remake of Telugu film Azad; and Nanban, a remake of 3 Idiots. The number of remakes explains why Vijay, despite being a phenomenon in the Tamil market, has found it difficult to expand to neighbouring states.
Fast Facts : He is the son of director-producer SA Chandrsekhar. During the last elections, he campaigned for AIADMK. Vijay has converted his fan clubs into social service units, and has indicated his intention to get more involved with politics.