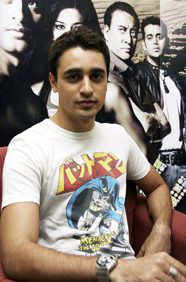 Imran Khan's only release in 2012 was the moderate box-office success Ek Main Aur Ekk Tu opposite Kareena Kapoor. Both actors received critical acclaim for the film. In 2011, he filed a PIL in the Bombay High Court against the Maharashtra government's move to increase the legal age for consuming alcohol to 25. Khan is also a dedicated supporter of Peta India. Khan's 2013 releases include Matru ki Bijlee ka Mandola and Once Upon a Time in Mumbai Again, expected in August.
Fast Facts : He is a trained bartender.