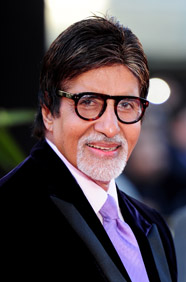 Barring a guest appearance in English Vinglish, and a forgettable role in Department, 2012 was a quiet year for the legendary actor. But his voice enthralled audiences when he sang Rabindranath Tagore's song Ekla Chalo Re for Kahaani. On TV, he was back to anchoring another season of Kaun Banega Crorepati. Bachchan was also in news when he was chosen to carry the Olympic torch in London. The year 2013 will see him share screen space with Leonardo DiCaprio in the movie adaptation of F Scott Fitzgerald's The Great Gatsby. He received the Apsara Awards (Guild honour for excellence on TV for Kaun Banega Crorepati) and 'FICCI Frames 2012' Excellence Awards for maximum impact made by a personality.