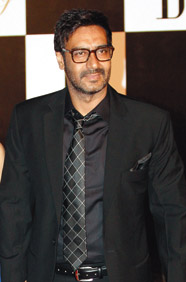 This action/comedy hero moved one place up in the rankings despite the debacle of the Prabhudheva-directed Action Jackson. The actor's first Marathi language co-production Vitti Dandu more than recovered its money at the movie halls while his movie Drishyam, a remake of a Malayalam film, fared very well at the box office. Devgn, however, tends to lose out on revenues because of fewer endorsements—he only has five brands in his kitty.
Fast Fact: Devgn's directorial movie Shivaay is scheduled for a Diwali 2016 release.