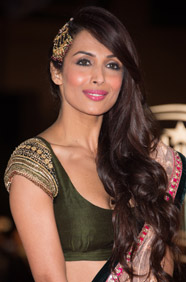 Khan has carved a niche for herself on TV. She has judged reality shows like Zara Nach Ke Dikha, Nach Baliye, Nachle Ve, India's Got Talent and recently replaced Karan Johar on Jhalak Dikhla Jaa Reloaded. Khan has appeared in cameo roles in movies like Housefull 2 and Happy New Year. She has also co-produced films like Dabangg 2 (2012) and Dolly Ki Doli (2015) with her husband, Arbaaz Khan, under the banner Arbaaz Khan Productions.
Fast Fact: Khan started training as a dancer since the age of 4. Her dance styles include ballet, Bharatnatyam and Jazz ballet.