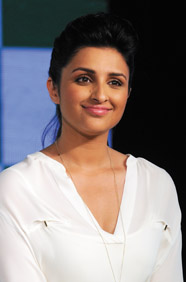 Five years in Bollywood and Parineeti Chopra has already established a strong presence in the film industry. Chopra was last seen in Yash Raj Films' Kill/Dil, a November 2014 release, alongside Ranveer Singh and Pakistani singer-actor Ali Zafar. The film had a cold run and managed to clock Rs 31.15 crore at the domestic box office. Chopra's Daawat-e-Ishq, which also released last year, fared poorly. Despite no releases this year, she has managed to keep her cash register ringing with multiple brand endorsements for brands such as Kurkure, Maaza, Pantene, JBL and Nivea. This year, the Haryana government named Chopra as its brand ambassador for the 'Beti Bachao Beti Padhao' campaign to promote the cause of the girl child.
Fast Fact: After obtaining her degree from England, Chopra returned to India in 2009 and joined Yash Raj Films as a PR consultant before debuting in their film Ladies vs Ricky Bahl in 2011.