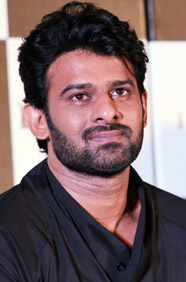 Prabhas is undoubtedly one of the most popular stars in South Indian cinema today. His only release this year, Baahubali: The Beginning, broke all records in Indian cinema. The historical fiction film crossed the Rs 100-crore mark in just two days of its release, and went on to reportedly gross over Rs 600 crore in box office earnings. Its sequel is expected to release in late 2016, with him in the lead role. The actor is also said to have been paid a hefty package to endorse Mahindra's new SUV range.