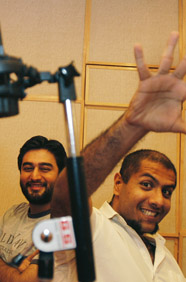 Vishal Dadlani and Shekhar Ravjiani are among the most sought-after music composers in Bollywood. Though they haven't composed music for any movie in our time period, the duo performed at concerts in IIM-Bangalore, Pune and Sri Lanka. Dadlani has also sung several songs in the last one year, like 'Dance Basanti', 'Selfie le le', 'Chaar shanivaar' and 'Gulabo', among others. He was also a judge on Indian Idol Junior this year. Recently, Ravjiani announced he wants to start his own publishing company and invited entries through his Twitter account.
Fast Fact: Vishal Dadlani has launched his own music label Vishal Likes That (VLT), a platform for independent musicians.