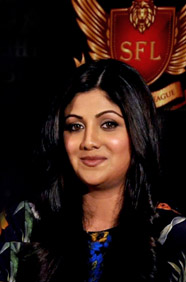 Shilpa Shetty, who co-owns the suspended IPL team Rajasthan Royals with husband Raj Kundra, was accused of being a part of the match-fixing scandal, their team getting suspended for two years. She has started a home shopping TV channel named Best Deal TV with Kundra and actor Akshay Kumar. She also launched her designer label, SSK (Shilpa Shetty Kundra), in collaboration with HomeShop18 (part of Network 18, which publishes Forbes India) in 2014. That apart, she continues to make money through endorsements and guest appearances.
Fast Fact: Shilpa Shetty is soon going to launch her book on health and nutrition.