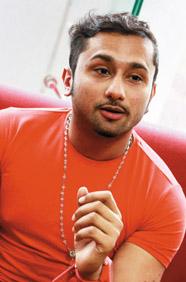 Hirdesh Singh, popularly known by his stage name Yo Yo Honey Singh, continued his run as one of the highest-paid singers in the country. The 'Lungi dance' hit-maker recreated the 1990s hit song 'Dheere dheere se' as a tribute to the late Gulshan Kumar, founder of the T-Series music label. The song has crossed 75 million views on YouTube. He has also composed music for films like The Shaukeens, Bhaag Johnny, Dilliwaali Zaalim Girlfriend, Welcome Back, and released singles like 'One bottle down' and 'Love dose'.
Fast Fact: Earlier this year, Yo Yo Honey Singh spent time in a Chandigarh-based rehabilitation centre (for alleged drug abuse).