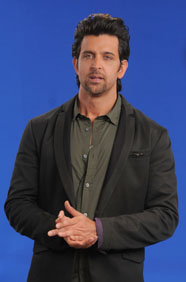 Hrithik Roshan rode out of a tumultuous time—he underwent brain surgery and separated from his wife Sussanne—with a calmer and more fulfilling year. His action thriller Bang Bang! was a money-spinner in 2014, garnering around Rs 181 crore in India. Though the actor did not have any other movie release, he starred with Sonam Kapoor in a promo video as a tribute to the late Bollywood producer Gulshan Kumar in 2015. Roshan is currently shooting for a historical love story Mohenjo Daro, directed by Ashutosh Gowariker, which is slated for release in mid-2016.
Fast Fact: After fitness clothing and casual wear, Roshan will soon launch another signature line.