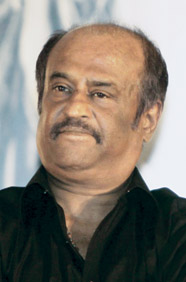 South India's reigning superstar Rajinikanth's only film in our time frame was Lingaa, a tri-lingual that released on his birthday on December 12 last year. The movie is said to have grossed over Rs 100 crore worldwide, but compared to his earlier hits, it had an average run at the box office. The actor is said to have compensated some distributors in Tamil Nadu, who couldn't recover the high price they paid for the movie. Rajinikanth is currently shooting for Kabali where he is playing a role of an ageing don.