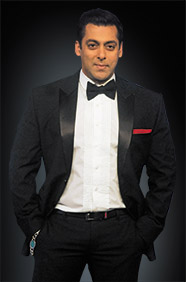 Despite his co-production Bajrangi Bhaijaan earning over Rs 320 crore at the box office, Salman Khan lost his No 1 position in the rankings this year. Though he enjoyed commercial success at the movies (Prem Ratan Dhan Payo, which falls outside the period considered for our list, had a record opening of Rs 40.35 crore and had minted Rs 330 crore worldwide till November-end), he had a bad year otherwise. The actor's image took a beating after he was sentenced to five years in jail in connection with a 2002 hit-and-run case. He was, however, subsequently released on bail. Towards the end of the year, he continued his association with Bigg Boss, a reality TV show that he hosts.
Fast Fact: After 'Hangover' in Kick, Salman exercised his vocal cords again and sang the title song of Hero, starring Sooraj Pancholi.