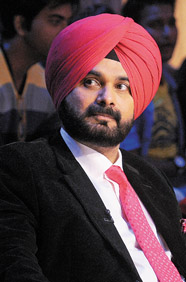 Popular for his gift of the gab, Navjot Singh Sidhu is a well-known face on Indian comedy shows. The cricketer-politician made his debut on television as a judge on The Great Indian Laughter Challenge which had aired on Star One. Currently, he is part of the hit show Comedy Nights With Kapil, which airs on Colors. He also continues to appear as a commentator for IPL and IPL Extra Innings.
Fast Fact: Sidhu was called 'Sixer Sidhu' for his prolific hitting as well as 'Jonty Singh' (after South African cricketer Jonty Rhodes) for his efforts on the field.