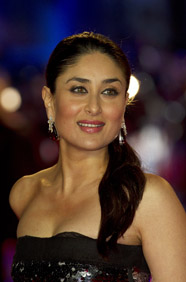 Kareena Kapoor, who jumped five spots in the list from last year, had cameos in three films in the period under review—The Shaukeens, Happy Ending and Gabbar is Back. She struck gold in mid-2015 with the Salman Khan-starrer Bajrangi Bhaijaan, which went on to become a massive box office hit. The actress is currently shooting for two films—an Anurag Kashyap production Udta Punjab, which also stars her ex-boyfriend Shahid Kapoor, and a romantic comedy Ki and Ka with Arjun Kapoor. She earned handsome revenues from the 16 brands that she endorses—the highest among female stars and second only to Shah Rukh Khan.
Fast Fact: Kareena has her own clothing line in association with Globus, for which she is the brand ambassador.