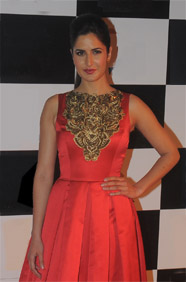 Katrina Kaif moved up in the rankings, from No 21 in 2014, thanks to two successful movies in the year. Action thriller Bang Bang! with actor Hrithik Roshan made a profit while Phantom, co-starring Saif Ali Khan, did average business at the box office. She continues to be among the highest earners in terms of brand endorsements among Indian actresses, with 13 brands in her kitty, second only to Kareena Kapoor Khan.
Fast Fact: Katrina started her career as a model for a jewellery campaign when she was only 14.