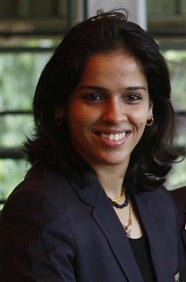 The year 2015 saw many firsts for Saina Nehwal. Not only did the Olympic bronze medallist become the first Indian woman to make it to the finals of the All England Open, she also became the first ever Indian woman badminton player to be ranked No 1 in the world. Nehwal also won the inaugural Yonex Sunrise India Open in March after beating Thailand's Ratchanok Intanon. In August, Nehwal signed a two-year deal with IOS Sports & Entertainment worth Rs 25 crore. She has now dropped one spot in the world rankings.
Fast Fact: Saina Nehwal was a karate brown belt as a child but gave up her martial arts training when she was just eight years old.