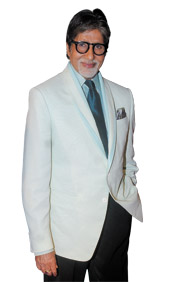 Bollywood's most enduring superstar slid one spot in the rankings this year, even though his comedy drama Piku grossed Rs 111 crore at the box office worldwide. However, he had a forgettable outing in Shamitabh. Bachchan returned to the Star India fold to host a TV show Aaj Ki Raat Hai Zindagi while continuing to host Kaun Banega Crorepati on Sony, season 8 of which ended in 2014. A multitude of endorsements and a massive following on social media show the icon's popularity is intact.
Fast Fact: The UP government announced a lifelong pension of Rs 50,000 per month for Bachchan, wife Jaya and son Abhishek. The actor asked the government to redirect the amount to a charity.