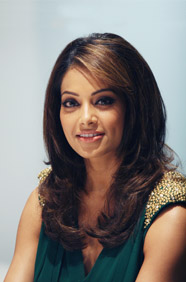 Bipasha Basu has earned the 'Queen of Horror' tag after having acted in several horror and supernatural movies. But her ranking in the Forbes India Celebrity 100 list has been dropping consistently: She was No. 56 and 67 in 2013 and 2014, respectively. Basu has five endorsements and has worked in two films in the period under review. Her first English film, The Lovers, in which she portrays a Maratha warrior, was released in March, but failed at the box office. Her Bollywood film Alone, a horror film directed by Bhushan Patel, did average business. This year, Basu also made her TV debut with Darr Sabko Lagta Hai