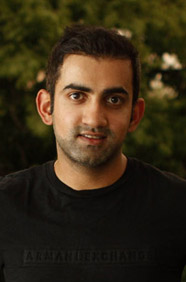 Gautam Gambhir was missing from the Indian squad for the entire year. The left-handed batsman has reportedly been training under former Australian batsman Justin Langer to revive his stalled international cricket career. Gambhir captains Kolkata Knight Riders (KKR) in the Indian Premier League (IPL) and Delhi in the Ranji Trophy. Despite being the defending champions, KKR weren't able to make it to the playoffs of the IPL in 2015. Gambhir himself had an average season, scoring 327 runs in 13 matches, including three half-centuries.
Fast Fact: India won all six ODIs in which Gambhir captained the team.