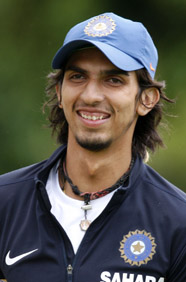 Ishant Sharma's injury woes refused to subside in 2015; he appeared in just seven Tests and four ODIs for India. The lanky pace bowler reached 200 Test wickets earlier in the year during the India-Sri Lanka series. His 13 wickets in the series helped India achieve a rare series win in Sri Lanka. Sharma's performance in the IPL, though, was unimpressive. His four IPL appearances for Sunrisers Hyderabad yielded just one wicket.
Fast Fact: He is the fourth slowest to 200 Test wickets in terms of matches played.