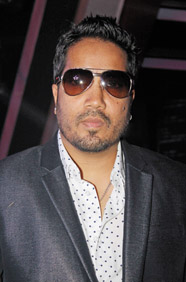 Mika didn't have a great year in 2015, singing just eight songs compared to 20 in the previous year. 'Aaj ki party' from Salman Khan-starrer Bajrangi Bhaijaan helped him maintain his ranking among singers. Mika is also stretching himself with live performances, doing about 75 shows a year. 'Heer toh badi sad hai' from Tamasha is expected to send his stock soaring again.
Fast Fact: In April, Mika slapped an ophthalmologist during a concert in Delhi. The victim filed a case against him.