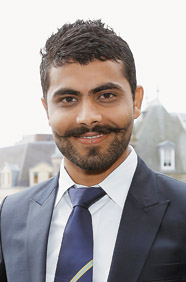 The flair and confidence which have been the hallmarks of Ravindra Jadeja's career were missing for most of 2015. He was dropped from the Test squad in 2014 and only played 16 ODIs in the period under consideration. Moreover, the all-rounder, for whom Chennai Super Kings had paid $2 million in 2012, didn't make much of a contribution with either the bat or ball in IPL-8. However, later in 2015, he made a comeback to the Test squad for the India-South Africa series on the back of impressive performances in the Ranji Trophy.
Fast Fact: Jadeja owns two horses that are kept at his farmhouse near Jamnagar in Gujarat.