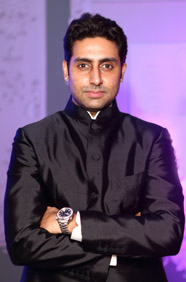 Abhishek Bachchan had just one release this year—Housefull 3, which was received well at the box office. But his earnings have dipped despite much of his revenues coming in through brand endorsements. He is the face for luxury timepiece brand Omega and also endorses Videocon DTH, Motorola mobiles and Ford Fiesta. Apart from that Abhishek, a known sports lover, has bought the Pro Kabaddi League team Jaipur Pink Panthers and co-owns the Indian Super League football team Chennaiyin FC.
Fast Fact: Abhishek worked as an LIC agent before joining films. He also loves to collect boarding cards.