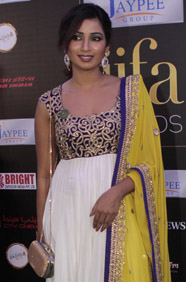 The National Award-winning singer received high praise for her vocals in Sanjay Leela Bhansali's Bajirao Mastani (2015) which also fetched her the Filmfare Award for Best Singer (female). Though she has cut down on her singing, she sang soulful numbers in films such as Wazir, Ki & Ka and Rustom in 2016. Apart from playback singing, Ghoshal continued serenading audiences with her stage performances in India and abroad. The singer also teamed up with Gulzar for In Conversation With Tagore, a seven-track album in 2016.
Fast Fact: In 2010, Ted Strickland, governor of Ohio, declared June 26 as Shreya Ghoshal Day.