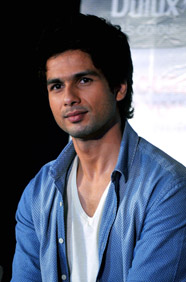 Shahid Kapoor continued to impress at the box office with his fine portrayal as a substance-abusing rock musician in Udta Punjab. The Abhishek Chaubey-directed film ended up becoming the biggest opening of his career, collecting Rs 33.8 crore over the first three days. This gave him a new lease of life after Shaandaar (2015) failed to draw people to the theatres. His next two films—Rangoon (2017) with Saif Ali Khan and Kangana Ranaut, and Sanjay Leela Bhansali's Padmavati—could break new ground for the actor. On the personal front, Kapoor became father to a baby girl in August 2016.
Fast Fact: Kapoor went to drop a friend to an audition for a soft drink commercial. He ended up doing the ad after the makers found his looks interesting.