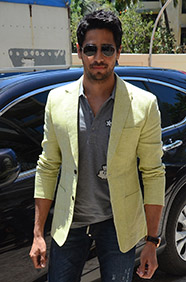 It took a nuanced performance in Shakun Batra's Kapoor & Sons for the audience and the film industry to wake up to Sidharth Malhotra's promise as an actor. The success, however, was short-lived as his next, debutant Nitya Mehra's Baar Baar Dekho, failed miserably at the box office. The actor says he has no regrets about its failure and will continue to experiment with his roles. His lineup of films indicates just that: An action movie with director Krishna DK, the remake of Ittefaq (1969) and the third installment of romantic love story Aashiqui.
Fast Fact: Malhotra is the first Indian ambassador for Tourism New Zealand.