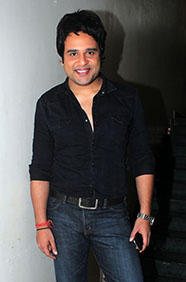 Krushna is yet another TV personality who has debuted on the list, driven by the success of Comedy Nights Bachao, which he co-hosts with comedian Bharti Singh. He also hosted OMG! Yeh Mera India, a factual television show on History TV18 channel and acted in the adult comedy film Kyaa Kool Hain Hum 3.
Fast Fact: Krushna had a public spat with his uncle Govinda, the Bollywood star, after the latter appeared on rival Kapil Sharma's show. They have patched up since.