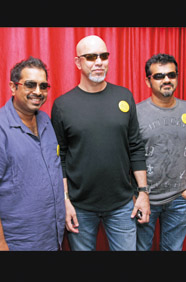 After dropping out of the list in 2015, the trio has made a comeback this year despite a mixed-bag performance. They shone with Mirzya, Rock On 2 did average business, while Ghayal Once Again flopped. The group, which completed 20 years together this year, also earned well from the concert circuit, where they brought their acclaimed energy to the stage and played for causes close to their hearts.
Fast Fact: The three have diverse tastes in music: While Shankar likes to listen to folk and Carnatic music, Ehsaan has a preference for Blues and Loy is into Jazz.