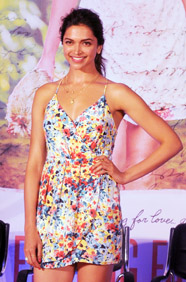 For the third successive year, Deepika Padukone remains the highest-ranked female actor on the list, thanks to an impressive year at the box office and a slew of brand endorsements. Her movie Tamasha (2015) with former beau Ranbir Kapoor did average business, but Sanjay Leela Bhansali's Bajirao Mastani (2015) was a hit, earning more than Rs 180 crore at the box office. She will make her Hollywood debut in 2017 in the action film xXx: Return of Xander Cage, which is a Vin Diesel production, apart from teaming up again with Bhansali for Padmavati.
Fast Fact: She was offered a role in Fast and Furious 7 which she refused as it clashed with the shooting dates for Ram-Leela.