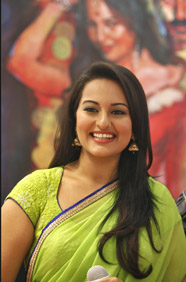 Sonakshi Sinha edged up two places in our rankings despite an average year at the box office. Her action thriller Akira, made on a budget of approximately Rs 30 crore, earned around Rs 27.5 crore at the box office. After an equally disappointing 2015 in which her film Tevar tanked miserably, this came as another blow to the actor. Her November release, Force 2, opened well, but could not sustain the momentum.
Fast Fact: Sonakshi learnt mixed martial arts from experts in Thailand for Akira.