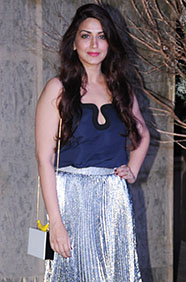 One of the most glamorous actresses of the 1990s, Sonali Bendre Behl makes her debut on the Forbes India Celebrity 100 List thanks to her television appearances. She hosted Mission Sapne on Colors this year and was a judge on India's Best Dramebaaz, a reality show on Zee TV. Though there have been talks of the actress being roped in for a TV series, she has denied taking on any new offers.
Fast Fact: She has authored The Modern Gurukul: My Experiments with Parenting, which was published in 2015.