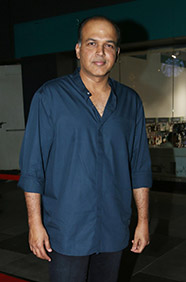 Ashutosh Gowariker's highly anticipated Hrithik Roshan-starrer Mohenjo Daro may have failed to sizzle at the box office but the buzz around the movie kept him in the news. It was selected as the closing film at the 69th Locarno International Film Festival. Besides, his return to the big screen as an actor in Priyanka Chopra's maiden Marathi production Ventilator won him accolades from critics and fans alike. It's perhaps no coincidence that, for someone who had never decided to return to acting, he played the role of a filmmaker in the movie. All in all, he had an action-filled year with some hits and misses.
Fast Fact: Gowariker, who started his career as an actor, was part of the hit TV series Circus.