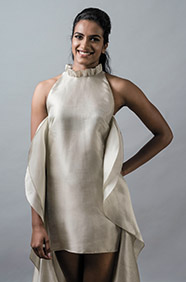 PV Sindhu took Indian badminton to a new high at the Rio Olympics when she became the first Indian woman to win a silver medal at the competition. With her podium finish, she not only did one better than Saina Nehwal's bronze feat in 2012, but also stepped out of the shadows of her senior colleague. She continued her purple patch by winning the China Open Super Series Premier and ending up as the runner-up in the Hong Kong Open immediately afterwards. Her inspired run earned her a place in the BWF World Superseries finals in Dubai and a rank in the Top 10 to end the year with.
Fast Fact: Sindhu's father PV Ramana was a member of the Indian volleyball team that won the bronze medal in the 1986 Asian Games.