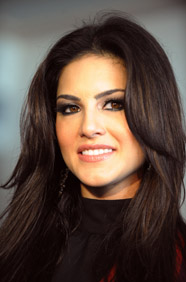 Sunny Leone's films this year, including Mastizaade, Kya Kool Hain Hum 3, Beiimaan Love and One Night Stand, may not have made much of an impact on the box office, but she has risen to Rank 32 from Rank 45 last year. Early this year, she launched Lust by Sunny Leone, a range of perfumes. And through a partnership with gaming studio Gamiana, Leone has built and appeared in a mobile game called Teen Patti with Sunny Leone. She's set to make an appearance in a song in Shah Rukh Khan's upcoming film, Raees, and continues with her recurring role as host of the reality TV show, Splitsvilla.
Fast Fact: Leone turned writer for a series of erotic short stories earlier this year for the digital publisher, Juggernaut.