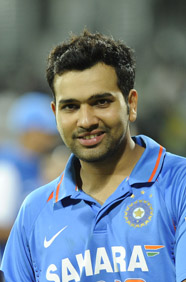 Rohit Sharma remains an enigma to Indian cricket, three years after making his debut in the longest form of the game. At the Test level, he under-performed with just 263 runs in six Tests (average 29.22/two 50s) during the period under review. A thigh injury forced the batsman to miss the home series against England. Sharma, however, did well in the shorter formats, scoring 696 runs in 10 ODIs (average 77.33), with three 100s and two 50s.
Fast Fact: He started playing cricket as an off-spinner, when representing his school.