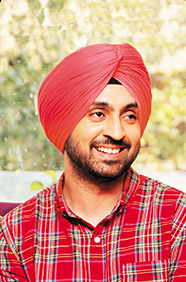 This is the Punjabi singer's debut on our list. In the tradition of several Punjabi film stars before him, Dosanjh, too, was a prolific singer before he entered the local film industry. Prior to 2016, his popularity was largely limited to Punjabi-speaking audiences, though his music was more widely known. This year, though, the release of Udta Punjab, with Dosanjh as its protagonist, propelled him to the national stage. He has continued to appear in Punjabi films, with Sardaarji 2 as his latest offering. 2017 will see Dosanjh continue his dalliance with Bollywood, with the release of Phillauri, in which he stars alongside Anushka Sharma.
Fast Fact: Dosanjh will join Shankar Mahadevan as a judge in a forthcoming reality show, Rising Star.