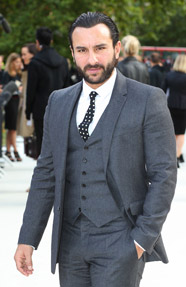 The year 2016 was a quiet one for Saif Ali Khan which explains why he's one of the top losers in rank in our list. He dropped 41 places from a rank of 28 last year. His revenues slid as he did not have any film releases this year and endorsements were few. He, however, does have a couple of films in the works, including Rangoon and Chef.
Fast Fact: Parampara was supposed to be Khan's debut, but Aashik Aawara became his first Bollywood release in 1993.