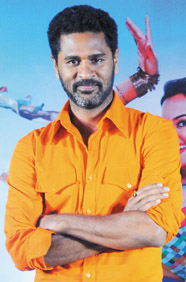 The choreographer, movie director and actor, labelled India's Michael Jackson, acted in two movies during the period—Abhinetri in Telugu and Tutak Tutak Tutiya in Hindi. After his directorial venture Singh is Bliing in 2015, Prabhudheva is working on his next movie Lefty that is likely to feature Abhishek Bachchan.
Fast Fact: Prabhudheva was almost temporarily paralysed due to a severe muscle pull while shooting for a song for his coming trilingual horror spoof.