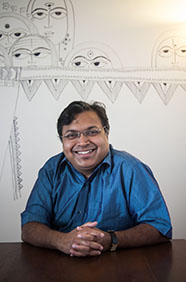 Originally trained in medicine, Pattanaik later pursued a course in comparative mythology from Mumbai University. His first book on mythology Shiva: An Introduction came out in 1997 and since then he has been prolific, writing over 30 books in all, including a work of fiction (The Pregnant King) and several children's books. His list of three books this year has earned him a place in the 2016 Forbes India Celebrity 100 List. He also works on TV shows and is consultant to organisations on culture, diversity and leadership.
Fast Fact: Pattanaik has served in the Future Group as its chief belief officer, a designation created "to draw attention to the value of belief in business".