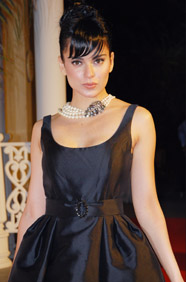 Kangana Ranaut did not have a film release in the period under consideration, but she ended up winning her third National Award—for Best Actress for her double role in Tanu Weds Manu Returns—in May 2016. The honour was her second in successive years after she had won it for Queen in 2014. However, it was Ranaut's fiery and acrimonious public battle with actor Hrithik Roshan that overshadowed everything else. Her brand value remained unaffected despite the controversy and she has interesting projects lined up for 2017—notably Vishal Bhardwaj's Rangoon and Hansal Mehta's Simran.
Fast Fact: To play Rani Lakshmi Bai in one of her upcoming films, Ranaut has signed up for a crash course in horse riding in Germany.
*Kangana Ranaut's team has claimed higher earnings but this is the estimate on the basis of the methodology adopted by Forbes India