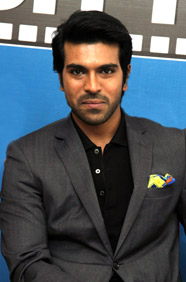 Ram Charan, one of the highest paid Telugu actors in the country, launched his production house, Konidela Production Company, this year. One of its first film projects would be Chiranjeevi's 150th film (Khaidi No. 150), which is expected to release early next year. Charan is the owner of the polo team Hyderabad Polo Riding Club and is also the promoter of Turbo Megha Airways Pvt Ltd. In 2016, he had only one release, Dhruva, which hit the screens in December.
Fast Fact: Ram Charan's second film Magadheera directed by SS Rajamouli ran for over 700 days at a theatre in Kurnool, Andhra Pradesh.